The 2017 vintage in Loire Valley 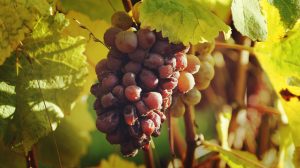 In the Loire Valley, the growing season of 2017 has been particularly illustrative of the critical role of climate in growing grapes and making wine. After an initial warm period in the beginning of spring that lead to an early onset of vegetative growth, a severe frost event took place in April, the most devastating since 1991. For some wine producing regions in the Loire Valley, such as the wine appellation of Savennières, 70% of the vineyards were affected and as a result, harvest volumes were low in 2017, which are expected to have important economic consequences in the following years. However, a warm and dry summer period has meant that the onset of veraison (beginning of berry ripening) occurred two to three weeks earlier than normal, very similar to 2003. As this earliness has shifted the ripening period to a warmer period of the year, conditions favored berry ripening and allowed winegrowers to produce high quality wines.